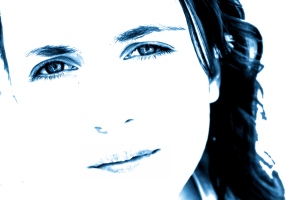 In 2009, quite out of the blue Helen discovered that her husband had run up a considerable debt using Internet sex web cams. Here is the second part of her story.

I insisted that James left the house for a few days. I threatened him: I said that if he did not leave and give me space, I’d go and never come back. I had never felt so determined in my life – the feelings in me hurt and frightened me.

James left to stay with his mother and I was left with my feelings. Alone in the home that had been about all of our joint dreams just a few months ago and which now, in itself, felt as if it were part of the problem. Stupid that this sounds, but it seemed like the house knew what was happening, like it was the witness.

I googled the therapist and indeed he was someone who specialized in working with porn and cybersex addictions and recovery. I texted James, ‘Are you getting help for this stuff you are doing?’ He replied to me with a voice mail. He rambled on at length telling me about how he was getting therapy, his name, how long he’d been going. Without the card, I’m not sure I’d have believed him, but deep inside I drew a big breath in to me. There was for me the idea that I might be able to trust him again at some point.

I spent a lot of the following few days feeling sick as I looked through almost all of the DVDs and the two magazines. At first I was like a child almost peeking through my fingers at something frightening. After a while I thought to myself, I want to know about this stuff: Who are these young women taking off their clothes and exposing their most intimate parts for all the world to see? How does one become like them? How does James become aroused and orgasm looking at some bizarre things happening to women and yet our own sex life is just British standard. Some videos made me cry. Beautiful young women having three, four and five men penetrating them at the same time, having their faces slapped, getting chocked by a penis down their throat or with 10s of men spraying seaman on them one after another. As a woman, I felt that I needed to know about this stuff so that I could tell each of my girlfriends: do you know what your guy’s looking at? It’s not just innocent fun you know – go look at his computer!

And then, I had to turn to online. I had tried to break his laptop but I only succeeded in snapping the hinges – it was much better built than I imagined and it was still working. I searched through the browser and account details. If the DVDs and magazines shocked and saddened me, the Internet actually disgusted me. There was so little respect in anything that he was looking at. His looking at transsexual porn sites and at males being dominated confused me. To see what happened to scrotums and penises with high heals and pins and nails made me every bit as sad as when I had looked at the women’s degradation.

I couldn’t find a way into the web cam sites he had looked at, but most of them had free previews and it all looked like electronic prostitution to me. In my town, everyone knows the street the prostitutes walk at night. That evening I completed the day and my own search into the world of porn and sleaze by driving up the main road the ‘ladies of the night’ hang out on. I slowed down a bit and watched as they moved towards the car. My heart thumping. I don’t know what I was thinking of doing but it gave me some idea of the experience of what it must be like to have sexual power as a man. I drove off rather too fast. Got home. Got myself in a shower and tried to wash myself clean.